As a bevy of US states enter into using The Handmaid’s Tale as an instruction manual for limiting reproductive rights, the discussion of voluntary abortion isn’t going to change minds on either side. But we can turn attention to logic and maybe shed some light on the lack of reasoning when we discuss the issue of life: the beginning and the end.

When does life begin? According to science, brain activity became the legal measurement of life. This pro-life website article actually explains the legislative process on the determination of life in the US extremely well.

Do you think we should stop organ donations? After all, many organ donors still have a heartbeat. A body cannot be 100% dead in order to harvest most organs. The body dies slowly and systems shut down little by little. In order to harvest organs science had to decide when a person is alive or dead. Heartbeat is not the measure whatsoever, it’s brain function.

So will those supporting this legislation also make sure organ donations are illegal? Because organs are harvested while the heart is beating. How does this logic fall in with heartbeat laws being pushed beyond Constitutional boundaries?

So some of you say that, “Someone in a coma with no future is not the same as the possibility of life in a fetus [sic].” And to that I’d like to turn your attention to the many instances in which people have woken up before organ harvest. In other words, their brain function was either read wrong or it miraculously returned.

So are pro-lifers including the act of most organ donation services as something to boycott? Are they going to the medical buildings and hospitals and shaming people who receive organs? If not, why? Smells like hypocrisy from here.

Why does organ donation definition of life matter to pro-choicers?

The reason people who are pro-choice should be fully invested in understanding the correlation here is the facts and stats on abortions.

“A sizable contingent would assert that life begins at 25 weeks. The rationale for this starting point is based on our definition of death. The definition of death is not disputed, and is considered the time when electroencephalography (EEG) activity ceases. EEG measures brain activity and must demonstrate regular wave patterns to be considered valid. Therefore, by this rule the onset of life would be the time when fetal brain activity begins to exhibit regular wave patterns, which occurs fairly consistently around week 25. Previous to that time, the EEG only shows small bursts of activity without sustained firing of neurons.” – Sajid Surve, DO

Again, I reiterate that I am convinced I will not change anyone’s mind who feels a zygote must be protected at any cost to the fully grown women or young adult that this clump of cells uses. So let’s move on the next ‘Sanctity of Life’ hypocrisy.

What about IVF and the destruction of “life” 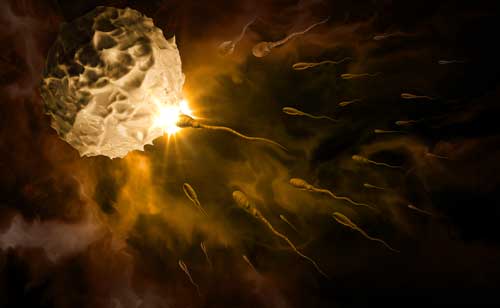 In spite of the fact that In Vitro Fertilization (IVF) clinics kill fertilized eggs all the time, Senator Clyde Chambliss said they only want to regulate fertilized eggs inside a woman’s body. Now we’re getting to the crux of these draconian laws.

Since IVF involves the destruction of fertilized eggs, the question becomes, “Are pro-life advocates also petitioning clinics to stop the destruction of ‘life’?” There were no news articles of any such demonstration, yet there were many articles on pro-life and conservative Christian couples seeking IVF. There has not been a mass movement on their end to make strong accusations if a couple chooses this route, knowing that fertilized eggs will be destroyed.

So what’s all this fuss lately about making it harder to get an abortion in many states? It certainly can’t be the sanctity of life argument since organ harvesting hospitals and IVF clinics are not targeted. It’s about control and bringing religious beliefs into US legislation.

Roe vs Wade on trial, again

Since half of abortions are done because of contraceptive failure, the constant barrage of pro-lifers telling pro-choicers to be more responsible is spoken from emotion and not facts.

Many of these women are married with a healthy sex life. To sit in judgement of someone who just cannot be a parent for any reason doesn’t make sense. Especially if these same people are not really advocating for the sanctity of life when it comes to fertilized eggs, organ donations, endless war, and human rights.

The next vocal issue becomes a redirection to late term abortions since there is no good argument for removing access to safe and early abortions. Yet again this whole issue is taking out of context since late term abortions are extremely rare and always in the interest of the mother’s health.

Enough politicos have spoken up and out and out stated that this current slew of states restricting abortion rights is to force the Supreme Court of the United States to vote on Roe vs Wade again now that it’s stacked with religious conservatives. Is that the cross this country is ready to die upon?

We are country that has been at war for 226 years out of 243 of existance and show no interest in stopping. We have shamelessly worked for the interest of corporations and resource grabbing. We have been invovled in regime changes, the destruction of civilian popoulations, and the destruction of wildlife all for the sake of resources for a consumer economy. Are we really going to pretend that saving a zygote is going to redeem our bloodthirsty present and history?

Where is the rationale?

Frankly, I think more women are pro-choice than they realize. Anecdotally I’ve seen hundreds of comment from women over the years that say they would never get an abortion, but recognize that other women may need to for one reason or another. They believe because they are pro-life for themselves it puts them into the pro-life category. It really puts them into the pro-choice category since they are not trying to stop other women from seeking medical help.

When Alyssa Milano called for a sex strike to protest changing abortion laws, many feminists were upset over the prospect. They did have a good point in arguing that reducing women to sex objects isn’t very feminist. Yet the act of sex strikes have been successfully common in history, and the subject of the play Lystriata. Regardless of how her words were received, she’s making a point that we need to face this head on and not turn a blind’s eye because it may not affect you at this moment.

As a follow up to the above regarding sex strike, with my tongue planted firmly in cheek I’m going to offer an alternative. It’s time we brought in The Gay Agenda. You know the one that we’ve been accused of doing for years? The paradigm that Queers are out to turn everyone else gay. After all, for women with reproductive organs that are under fire at the moment, strap ons don’t cause pregnancy. 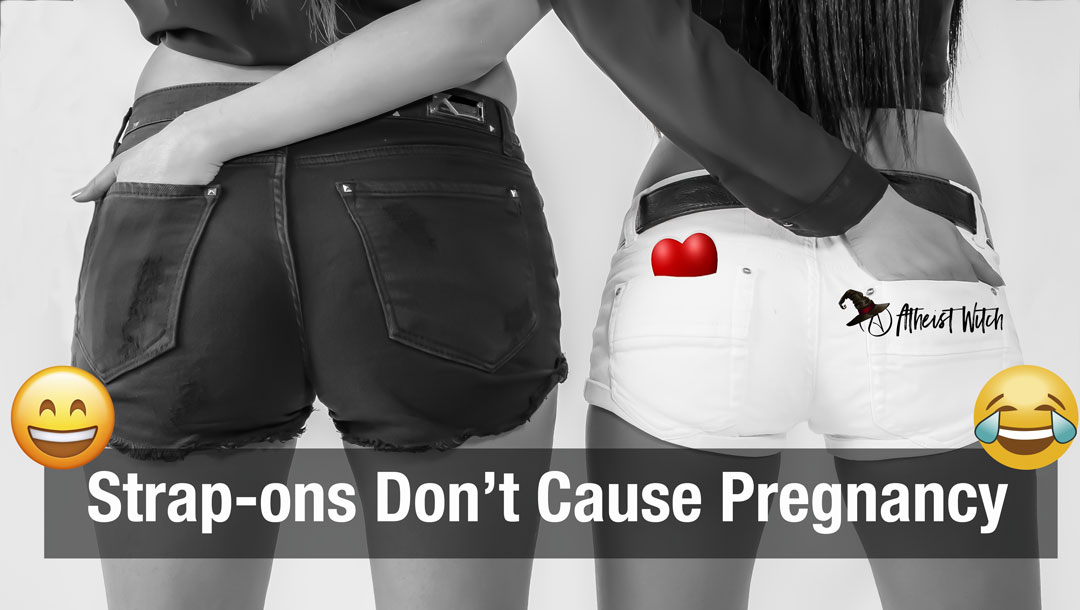 Yes, The Gay Agenda falls apart since not all women have uteruses and not all men have a penis. Trans inclusiveness is not being ignored in this article. Surely I am jesting. Although, let’s remember that the people who are legislating uteruses do not care about trans and non-binary people whatsoever, so this may speak in their language or rather their ability to process the issue.

So what’s the next step?

Frankly I have no fucking clue. There are too many people who will not walk through the logic and reasoning of the ‘sanctity of life’ argument and live in hypocrisy. But it’s clear that the US is on the precipice of a fight for the soul of the country. And no, I don’t mean by keeping abortion legal we lost our soul, not at all. The soul of right and wrong instead of hypocrisy from a warmongering superpower that claims to want small government.

Whereas one side may feel that saving a zygote from abortion is the right thing to do, while ignoring the other ways in which life is snuffed out, the other side needs to step up get involved. When pro-choice people also ignore the US’s thirst for endless wars and continually vote for the least evil instead of the better choice, it brings us to the point we are at today. 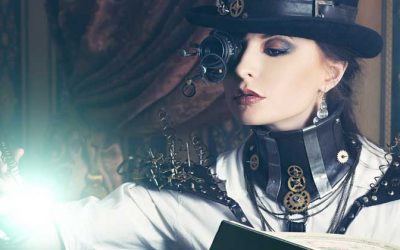 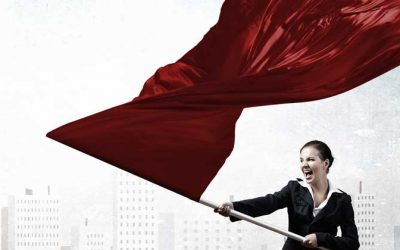 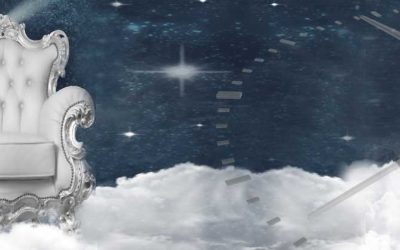 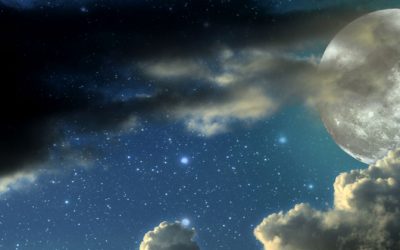 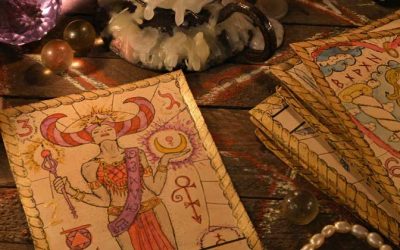 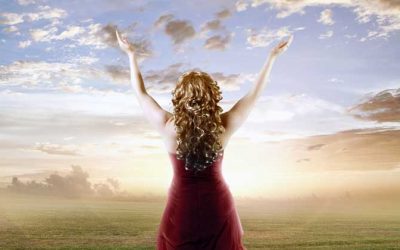